In July 2017, a neighbor posted on the community lost and found page on Facebook that she had been seeing a stray black dog that looked pretty sick around our houses. We had not officially moved in as we were doing some renovating, and I hadn’t seen the dog around at all. However, later that day when I showed up at the house to do some work, there he was, laying on my front porch!!  My husband would say I tend to have that kind of luck as a stray magnet!  I got a quick photo, and he quickly disappeared around the corner of the house when I pulled into the drive.

As I periodically checked our security cameras to keep an eye on the new house while we weren’t around, I noticed the mangy black dog coming around and sleeping on the patio chair. I decided to put out a bowl of food and water for him. He continued coming around-always extremely skittish, ate, but kept one eye suspiciously on his surroundings, and then ran to wherever he went to take cover. But he did sleep cozied on the blanket on the porch chair most nights, and I was happy to see this weary soul at rest at least for a moment. You could see that his coat was splotchy with hair loss, he was skin and bones, and fear was written on his face. The only way I could see him close was from behind the blinds inside the house. If he sensed any noise or that anyone was near, he bolted. But he always came back to eat and sleep. My 2 year old son named him Joey.

I continued to feed him and monitor him from a distance. We had our own dogs and cats that would be coming to live at the new to us house when renovations were complete.  Naturally, I was growing attached to this lowly black dog that I was caring for.

It soon became time for a trip that my family had to take to Texas. I was worried for Joey’s safety-we live on a quiet street but it’s not far from busy roads.  I still couldn’t get anywhere near Joey without him bolting to the back and disappearing.

I devised a plan to ease my worries and make him safe (I hoped) while I was gone. I was going to trap him in my backyard. Ok, potentially not the smartest plan to trap an animal that I had no idea what his reaction would be-maybe he would be aggressive, maybe he would immediately dig out or jump the fence-who knows. But I had to try something. I set up a camera in the back patio aimed at a bowl of special food. I then laid pieces of  roast beef in a line from my driveway heading into the backyard to the bowl of food-I propped the gate open. I stared and stared at my front porch camera, waiting for a sign of him. Finally, he was there. He found the trail of roast beef. But I had to wait, if he heard the door at any point, he would be gone. I watched the back patio camera in anticipation, heart pounding, I knew I would likely only have one solid shot-and if it missed and he escaped, he probably wouldn’t be back. Finally, he was slowly, very slowly making his way toward the bowl, scarfing the roast beef down. And when he got to a certain point, I quickly and as quietly as possible ran out the front door, around the garage-and RIGHT as I grabbed the back gate to swing it closed-he had realized he was not somewhere he wanted to be and started running STRAIGHT toward me in the doorway of the fence!!  I stood firm and yelled STOP!! and swung the gate closed with all my might, he did a quick spin and ran full speed to the back of the yard where he took cover under some rolls of chain link fencing we had stacked in the very back of the yard. My heart was racing as I latched the gate.

But now what? I had a ‘Wild’ dog trapped in my backyard. Hoping I hadn’t made a huge mistake, my plan was to continue feeding him. That’s kind of as far as I had gotten with my plan at that point.

Now, I do have a lot of experience with dogs-I started volunteering at a local no kill animal shelter as an 18 year old back in 2002 for many years. I gained a lot of great experience working with dogs that had behavioral issues at the shelter. I had also started my pet sitting business at that time in 2002, and that has grown exponentially throughout the years giving me lots of experience handling pets that may have fear of strangers coming into their home to care for them. I had adopted a number of rescue dogs, fostered countless dogs and cats and found them forever homes. I felt like this was a challenge I could handle. And one my heart wanted to win. I have a soft spot for the dogs that are fearful, that you have to work to build their trust. And Joey was no different. I WOULD win him over.

The time came for our trip so I arranged for one of my pet sitting staff to come put food out twice a day.  He stayed hidden in the safety of the pile of fencing but ate when no one was around. I had made him a bed on the covered back porch with lots of soft blankets, although I was grateful that the weather was nice still.

He stayed completely hidden underneath that pile of fencing for a few days upon my return. I continued to watch the cameras, and slowly but surely, he would make his way to the bed at night. Every time I put his food out, I would call his name and whistle a particular way. After a couple weeks, he would peek his head out of the fence pile when he heard me call and whistle. I would set the food down, and go inside-watching him gingerly come up to the porch to eat then take off back to the security of his hidden den under the fencing until night came he then slept in the soft blankets on the porch.  I contacted a local rescue I was involved with and they got me some medication that I could stick in his food. I also bought some probiotics and fish oil to add to his food, and little by little his coat started to improve and he put on weight

After a couple weeks, I started calling and whistling for him at non-meal times, but leaving pieces of hotdog down for him. He would come once he was sure I was out of sight and lick up the hot dogs.  I started sitting down on the back porch with my back to him, whistling and calling, with the hot dogs on the floor behind me. He very gingerly came up and grabbed the hot dogs then retreated a few yards away, keeping an eye on me.

The next step was sitting on the back porch, with my back to him, and now the hot dog in my hand. He softly took the pieces from my hand. This time, he lingered to sniff me. Progress!!  Little by little he became accustomed to me being there while he ate, he associated me with only good things and was beginning to trust me. I slowly was able to gently pet him, and could sit down beside him.

Soon, he was excited to see me!  We were friends. One day, I had treats in my hand and out of curiosity, I asked him to sit-AND HE DID. Then shake, yep, he knew that too! And Lay down!  Someone had taught this dog, maybe loved this dog! How I wish I knew his story!!  From that day on, it was like a switch flipped-he acted like a ‘normal’ dog!  He played with toys, he had no hesitation accepting and even asking for affection from me-his fear was gone!  Well, he was still afraid of anyone that wasn’t me, but hey, baby steps.

I was able to take him to the vet, they scanned him for a microchip but no luck. He went through a bit of a rough time as he transitioned to getting healthy, and then he was neutered and had his shots.

I brought a couple of my dogs over-he loved them!  Well, he loved most of them-he did not however love my male dog, Seven. They did not see eye to eye at all. This was a problem. Fortunately my handy dad and husband were able to help with a temporary solution-we put up a fence splitting our yard into two sections-one side for Joey and one side for my dogs. I set up puppy pens and crates in the sunroom so they could live together but safely separate. I had so hoped for everyone to get along and Joey to integrate into our family but he just doesn’t mesh well with Seven.

We have two small children, so while we are able to keep Seven and Joey separate, I worry that something could happen that would put the kids at risk. And this is the reason we are still searching for a home for Joey. He does much better with women, he appears to still be fearful of most men and does bark at them. He is very protective of me, and extremely obedient. He deserves a home and a family he can fully be a part of-with no segregation. He is a wonderful sweet boy that has thrived with love and patience. He would do best with no cats. Joey is available for adoption through Heartland Small Animal Rescue. His adoption fee is sponsored by Amber’s Pampered Pets for an approved adopter. 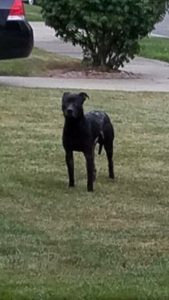 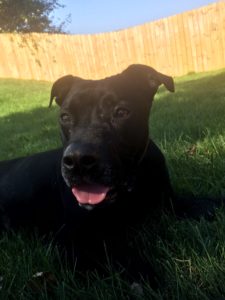 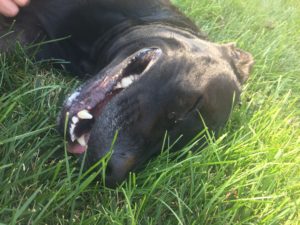 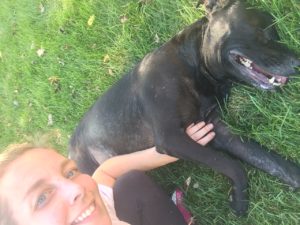 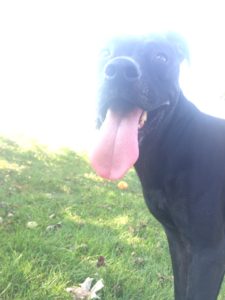 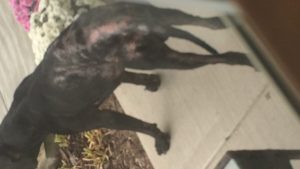 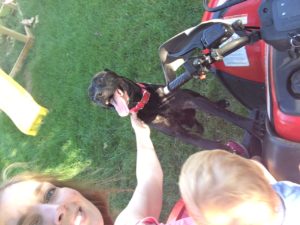 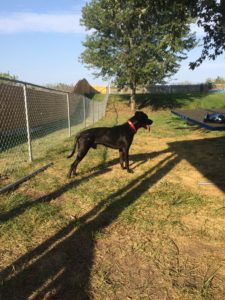 Recent Posts
Join us on Facebook
Follow Us
Send In An Email & Enrich The Life of Your Pet! bookAPP@amberspamperedpets.com
Let's Talk!
Copyright © 2017 Amber's Pampered Pets - All Rights Reserved.
Created with   by PetSittingOlogy